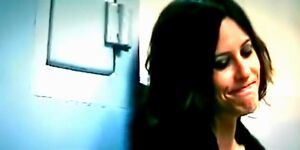 Gloria "Glory Days" Dayton (b. 1977; d. November 2012) was a high-end prostitute in Los Angeles, and a repeat client of criminal defense attorney Mickey Haller. From 2000 through 2005 she had been arrested nine times, and Haller represented her in at least six cases. In the early 2000's she advertised her sexual services on LA-Darlings and PinkMink. She was also a drug addict.

In March of 2005, she was arrested for prostitution and possession of narcotics. Haller learned that she had a client, Hector Arrande Moya, who had paid her in cocaine for her services. He arranged an agreement with the prosecutor to trade this information for putting Dayton in the rehabilitation clinic at County+USC. While she was there, Haller paid her $25,000 to convey a message to jailhouse snitch D.J. Corliss, which she did.

Dayton did not disclose to Haller that she had become a confidential informant for corrupt DEA agent James Marco. The day after she was arrested by Marco, he had her visit Moya and plant a gun in his room. The LAPD then busted Moya and found the gun, resulting in a life sentence for him. The deal that Haller thought he had so cleverly worked out was actually engineered by Dayton and Marco in order to get Moya put away for life.

After being released from County+USC, Dayton told Haller she would use the money he paid her to move to Hawai'i. However, there was no record of her ever being in Hawaii. In 2010 she applied for a Nevada driver's license under the name Giselle Dallinger and was most likely living and working in Las Vegas. While in Las Vegas she billed herself as "Glenda the Good Witch" Daville.

By 2012 she was back in L.A. and working as a prostitute again. She had an apartment on Franklin Avenue. Her main web site at this time was Giselle4u.com, and she offered a Pretty Woman Special at the Beverly Wilshire Hotel for $2,500. Her website manager and digital pimp was Andre La Cosse and her driver/bodyguard was John Baldwin. On Sunday 11 November, 2012 she went to the hotel to meet a client in room 837, but the room was unoccupied. She was unaware that she was being tailed by Lee Lankford. She returned to her apartment with no money.

Later that evening she had an argument with La Cosse about the money. He left and someone else killed her by strangulation, setting her apartment on fire. Under the corrupt influence of and Lankford, the LAPD arrested La Cosse for the murder and disregarded evidence of a link to imprisoned drug dealer Moya. Before her death she had told La Cosse that if anything should happen to her, he should contact Haller, which he did. Her murder was never officially closed, but in all probability she was killed by Marco or someone he hired.

In the 2011 film, Dayton was played by Katherine Moennig.

Retrieved from "https://harrybosch.fandom.com/wiki/Gloria_Dayton?oldid=10596"
Community content is available under CC-BY-SA unless otherwise noted.