Honey "Money" Chandler (d. Nov 1993) was a civil rights attorney with a reputation for going after police officers. She was smart, ruthless and somewhat unscrupulous. She lived in a two-story Bauhaus-style home on Carmelina St. in Brentwood.

In November of 1993, she represented Deborah Church in a wrongful death lawsuit in federal court against LAPD detective Harry Bosch for Church's husband's death. Bosch respected Chandler's abilities as a trial attorney and was somewhat intimidated by her. During the trial she brought out the fact that Bosch's mother had been a prostitute and had been murdered. She suggested that this childhood trauma created in Bosch a desire for revenge which caused him to kill Norman Church, whom Chandler depicted as an innocent victim. Bosch realized that he had never considered the possibility that he was seeking revenge for his mother's murder.

Early in the trial she learned about the discovery of a new body, the Concrete Blonde, and was successful in getting evidence from that case admitted in evidence. She also established that Norman Church had a solid alibi for at least one of the victims. In most instances she out-maneuvered her opposing counsel, Rodney Belk. She even had Bosch worrying about whether he had killed the wrong man. 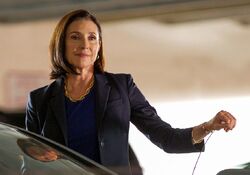 Chandler offered money to Jerry Edgar for inside information on the Concrete Blonde case so she could use it in the trial in an attempt to show that Church was innocent of all the Dollmaker killings. Edgar accepted and fed inside information to her. In addition, she received a note directly from the killer, similar to the one left for Bosch. However, this note was mailed, unlike the others.

Like Bosch, Chandler was a smoker. During the trial they would sometimes find themselves at the same smoker's spot outside the courthouse. They had some revealing conversations during these brief encounters.

During closing arguments, Chandler made a comment that angered Judge Alva Keyes so much that he told Chandler, in front of the jury, that he would be filing a contempt of court charge against her. Bosch suspected it was a ploy by Chandler to garner sympathy from the jury and to demonstrate that justice means bad behavior is punished.

On the day that the jury's ruling was announced, Chandler did not appear in court. She was found by Bosch's daughter, laying shooted in her home, a victim of the Dollmaker copycat killer. In searching her home, Bosch found the note and envelope from the Follower. The postmark date led Bosch to the killer. 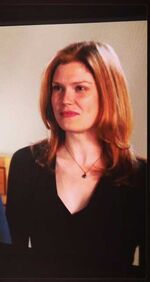 Chandler, whose first name was initially changed to Sunny, is played by Amy Price-Francis in the original pilot of the streaming series Bosch.

The character was then renamed Honey as in the book and played by Mimi Rogers in the reworked pilot and from the first season onwards. In the series Chandler represented the wife of a suspect shot and killed by Detective Harry Bosch as in the book The Concrete Blonde, but she is not killed during the trial. Her client is Rosa Flores rather than Deborah Church and Mrs Flores' husband was not the "Dollmaker" serial killer, but a suspected rapist and murderer nevertheless.

In the second season, Chandler is hired by Veronica Allen to defend her against charges that she murdered Father Tabakian. Despite Allen's guilt, Chandler is able to secure her acquittal with a self-defence strategy. The case again places Chandler in opposition to Bosch, who arrested Allen for the crime.

In the fourth season, Chandler is assigned by Judge Sharon Houghton as the special master for the practice of Howard Elias during the investigation of his murder. Chandler seems to enjoy the opportunity to work with Bosch again. She is dilligent in protecting Elias' privileged case material but aids the investigation where possible.

In the fifth season, she represents Bosch in the Habeus motion by Preston Borders.

In the Seventh season, she was shot by an assassin hired by Carl Rogers and was put into a medically induced coma.

On May 6, 2022, Rogers will reprise the role as Honey Chandler in the Amazon Freevee spin-off "Bosch: Legacy" (recently rebranded from IMDb TV). Chandler has a daughter, Michelle Carter, who is in L.A. to help her mother recover from the shooting that occurred in Bosch’s final season.